The project guideline required us to design a Ubicomp service-system that supports the needs and desires of a target set of users. The settings we could explore were “a stadium, auditorium, gymnasium, or coliseum that supports large-scale group interaction pertaining to either sports or music”.

Our team went on guerrilla observations in a few concerts. We visited a Beatles Tribute concert held in a large-scale venue (Heinz Hall in Pittsburgh) and a few smaller-scaled concerts happened in medium-sized bars and auditoriums. We found that people’s behavior changed as the size of the venues varied. In small venues, people were more comfortable socializing with people physically close to them. And the social interactions, in turn, made the performance more enjoyable to the audiences. For performances held in large-scale venues (that normally could room hundreds of thousands of people), we observed that people did not fully enjoy themselves due to the large size of the crowd and felt uncomfortable to participate in the concert or interact with the performers. 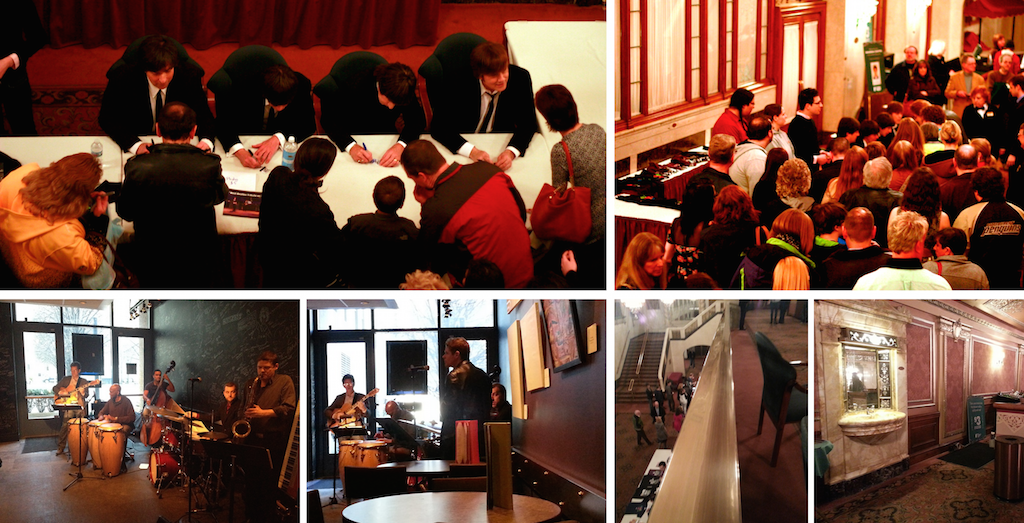 After speed-dating a few ideas, we wanted to build a smart ticket that could offer feedback and encouragement to the audience whenever they participate in a concert, e.g., clapping along to the beats or shouting band members’ names. To increase the value in the ticket after the concert, we added an invisible message on the back of the ticket that is unique to the event and only shows up after some time after the event. We envisioned the message to be a pleasant surprise that can remind people of the fun time they have during the concert.

Our final delivery was a concept video.